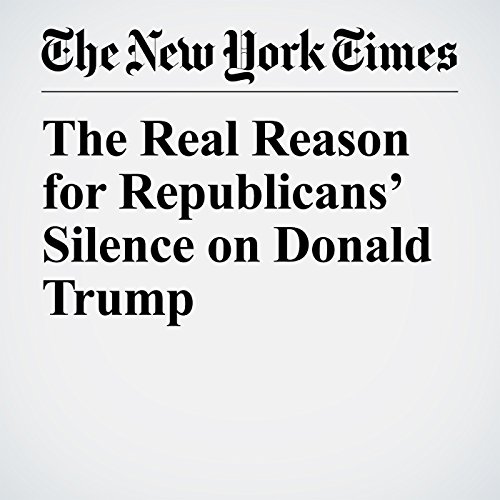 The Real Reason for Republicans’ Silence on Donald Trump

It’s less striking that a few Republican congressmen have publicly denounced President Donald Trump’s conduct than that most of their colleagues have not. Their fellow legislators have silently accepted his outrages in exchange for policies they’ve always wanted.

"The Real Reason for Republicans’ Silence on Donald Trump" is from the October 25, 2017 Opinion section of The New York Times. It was written by The Editorial Board and narrated by Kristi Burns.