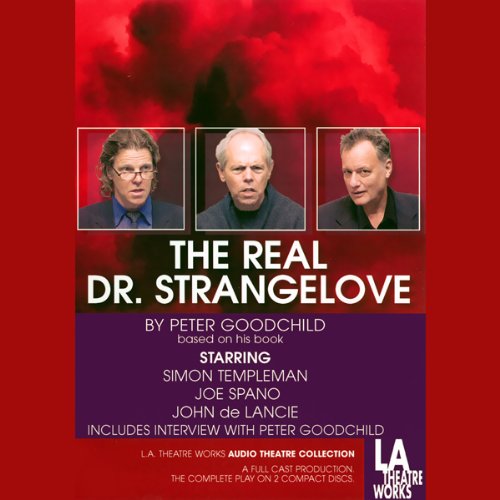 The birth of Armageddon. The first H-bomb detonates and the proud father is Edward Teller. But he's on a collision course with Robert Oppenheimer, the inventor of the bomb that obliterated Hiroshima. Now Oppenheimer has turned pacifist and the government will stop at nothing to "neutralize" him. And Teller is their star witness!

The Real Dr. Strangelove is part of L.A. Theatre Works’ Relativity Series featuring science-themed plays. Major funding for the Relativity Series is provided by the Alfred P. Sloan Foundation to enhance public understanding of science and technology in the modern world.

Unlike Stanley Kubrick’s satirical film, this story of power and politics and mass annihilation is true. The Real Dr. Strangelove is a dramatized performance that recounts the life of Hungarian physicist Edward Teller, the highly controversial figure who’s also known as "the father of the H-bomb", the precursor to the atomic bomb developed by his friend turned philosophical rival Robert Oppenheimer.

Narrated with cool and quick delivery by Simon Templeton, Joe Spano, and John de Lancie, and recorded in front of a live audience, this audio allows the listener to convincingly delve deep into Teller’s complicated and fascinating life.

Oh! What wicked webs we weave.

Oppenheimer believed they wouldn't use the first one since showing was all that was necessary.

I enjoyed this tragedy, but I hoped the play focused on a later part of Teller’s life: Teller tensions with Oppenheimer are quite well known and documented, while I was curious about what came next.