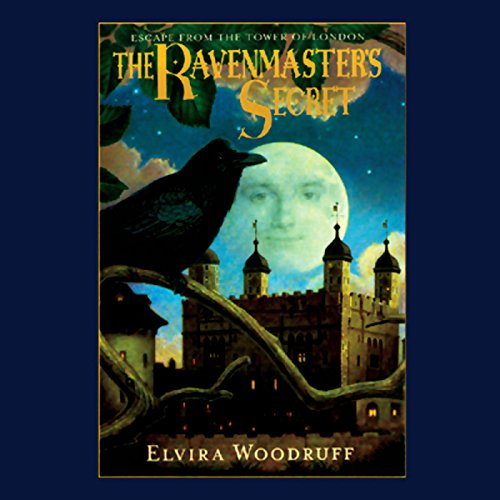 In London in 1735, 11-year-old Forrest Harper is living with his family at the Tower of London. There he helps his father tend the ravens and guard the prisoners. Still, life is lonely. When vicious Scottish Rebels are captured, Forrest is delighted. Perhaps now he can prove his courage and impress the local bullies who torment him. His happiness is short lived, though, when the Harpers are only given custody of Maddy, a Scottish Rebel's daughter, for a rebel in a dress will surely make Forrest a laughingstock.

As the days pass, Maddy's beauty and warmth and her touching stories of life in Scotland seal a friendship between them. But when she is slated for execution, Forrest is faced with a horrifying choice. He can either commit treason and help her escape or obey the law and allow his innocent friend to be executed.

"An absorbing historical adventure with a unique and colorful setting." (Booklist)
"Its message of judging people on their own merits and not on the basis of stereotypes comes across strongly." (School Library Journal)

The Tower of London

While this book was geared for young adults, I enjoyed it more than many adult "Historical Fictions". The reader does a great job, and the plot is both interesting and plausible. The historical details help throw a new light on the generations of England/Scotland fueds.

This is not a "Harry Potter" type fantasy. Instead the book relies on actual historical touches(Chamberpots, Chimneysweeps, Ratcatchers, etc.) which I found just as interesting. This could be a great listen for a family car trip, but keep in mind that this story and the Tower of London centered around prisoners and executions. The details aren't gory and glorified, but they are not glossed over either.

I loved every single minute of listening to this story. It was incredible. The main character is an adolescent but do NOT let that stop you. The story is sophisticated and multi-faceted and just oh so special.

The narrator handles the different characters with ease. Vance even managed to make a particularly bad guy, even more so.

Not bad for a young adult book.

This book is stopped to be for teens, but I enjoyed it very much as well.

This book made me happy, blew me to tears, and warmed my heart. The performance was amazing and I loved the dialogue voices. I would recommend this book to everyone reading this. I gave the book 5 stars because it was overall just amazing. It also was well written and makes me look at the Tower of London in a completely different way!! I loved this book! 5 stars! ❤️

this maybe a book directed to kids but i enjoyed it and learned some things historical information i did not know before.

We found a gem in this book.

What made the experience of listening to The Ravenmaster's Secret the most enjoyable?

The narrator was excellent and that makes all the difference to me concerning an audible book. His voice was just the right pitch and tone. The different voices he used for the characters made us visualize them better.

We loved it for all the reasons I stated above.

Yes, when Ned left with Maddie.