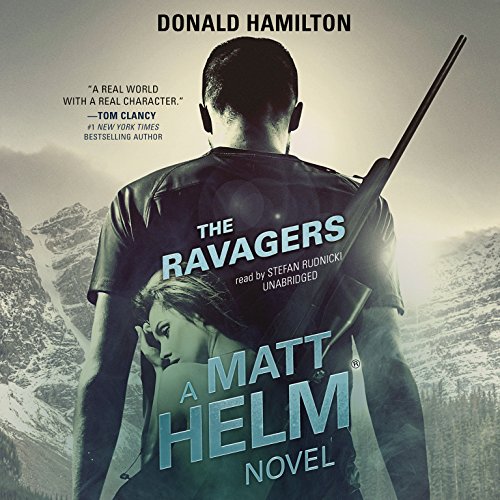 It was not a peaceful way to die, but there was nothing Matt Helm could do for his fellow agent. He had found him in a Canadian motel room - his once-handsome face eaten away, corroded by acid. Scratch one agent. The women wouldn't be lining up for him now. But it created further problems. The most likely culprit was a woman Helm had orders to protect - no matter what the cost.

Originally released in the era of the James Bond novels, the Matt Helm novels were considered grittier and more realistic than Bond, garnering them critical praise and an ardent audience. This eighth installment in the series is a riveting adventure full of clever plot twists and fierce action.

Excellent. A high point in the series.

What did you love best about The Ravagers?

I loved the situation Matt was in. He even makes a joke about how typical it is early on in the book. Things go completely side ways and stay that way the whole book. It was a very odd and potentially disastrous set of rules.

Matt's objective was different this time due to some events. It was interesting to see the hero we have come to love with a different goal. His professionalism REALLY shines in this book.

Excellent as always. I cant say enough about his contribution to the series in audio form.

This was a very interesting change of pace without feeling out of place. Matt's orders and the ethical questions he is presented with REALLY flesh out his character. The author does not disappoint by letting Matt fall to typical tropes of the genre.

with out doubt one of the best!

this is certainly one of the best helm 📚, and ,as usual, an excellent reading, i certainly enjoy this series of audio books,and look forward to the next installment!!