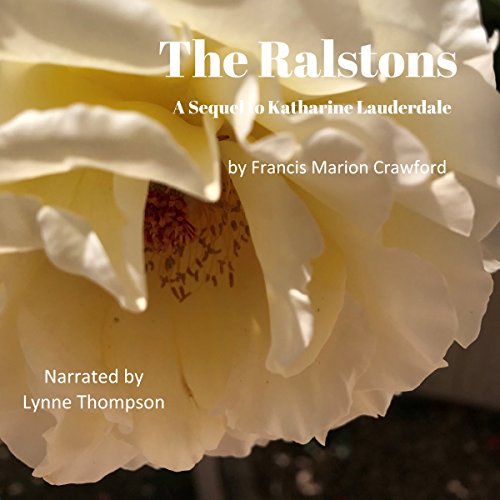 In this sequel to Katharine Lauderdale, Katharine has married Jack Ralston secretly and hoped to force her rich uncle's hand in assisting him to find a career. After his refusal, she couldn't face her new husband to break the news, and a series of mishaps led everyone - Katharine included - to believe Jack had fallen victim to the demon he had been fighting: drink.

Realizing that she need not acknowledge the marriage, yet unable to continue on as a single woman, she attends a dinner with some misgivings, knowing she will be seated by him. Meanwhile, he is confused by her cold treatment of him, assuming she had received the letter he sent her. All is explained at the dinner - but what will they do now? Continue as if nothing had happened? Or has the misunderstanding caused too great a rift? Will Jack 'buckle down' and take the boring office job he has already rejected, in order to be able to claim his wife and support her? Does the west hold the promise of a new beginning? Or will they swallow their pride and accept the very generous gift from Uncle Robert, which they have already rejected in order to make their own way? And how does Frank Miner's news that Uncle Robert intended to buy the newspaper affect things?