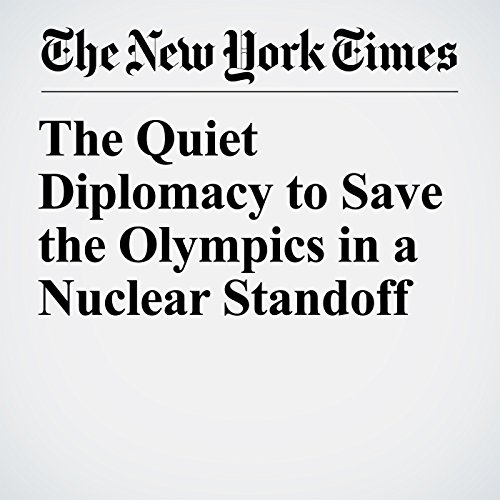 In late December, a group of teenagers from North Korea traveled to the Chinese city of Kunming to play in an obscure under-15 soccer tournament. On the field, under a wintry sun, they faced teams from China and South Korea. Off the field, there was an unusual spectator: Choi Moon-soon, governor of the province in South Korea hosting the Winter Olympics.

"The Quiet Diplomacy to Save the Olympics in a Nuclear Standoff" is from the February 08, 2018 World section of The New York Times. It was written by Jane Perlez, Choe Sang Hun and Rebecca R. Ruiz and narrated by Mike DelGaudio.