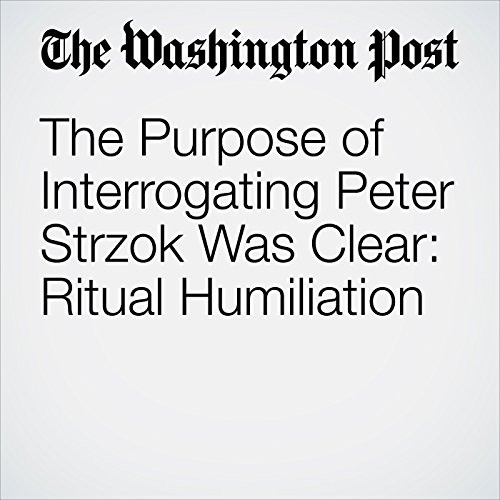 "The Purpose of Interrogating Peter Strzok Was Clear: Ritual Humiliation" is from the July 13, 2018 Opinion section of The Washington Post. It was written by Dana Milbank and narrated by Jenny Hoops.