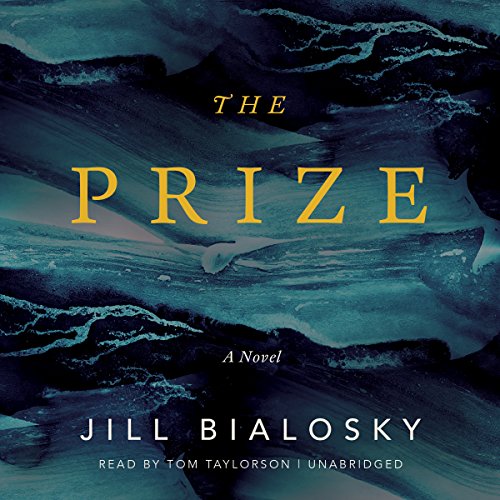 What do we prize most? Are integrity and ambition mutually exclusive as we seek a place in the world? How do we ultimately value a piece of art - or a life? These are the questions at the core of the evocative new novel by best-selling author Jill Bialosky.

Edward Darby has everything a man could hope for: meaningful work, a loving wife, and a beloved daughter. With a rising career as a partner at an esteemed gallery, he strives not to let ambition, money, power, and his dark past corrode the sanctuary of his domestic and private life. Influenced by his father, a brilliant Romantics scholar, Edward has always been more of a purist than an opportunist. But when a celebrated artist controlled by her insecurities betrays him - and another very different artist awakens his heart and stirs up secrets from his past - Edward will find himself unmoored from his marriage, his work, and the memory of his beloved father. And when the finalists of an important prize are announced, creating desperate maneuvering among artists seeking validation, Edward soon learns that betrayal comes in many forms, and he may be hurtling toward an act that challenges his own notions about what comprises a life worth living.

A compelling odyssey of a man unhinged by his ideals, The Prize is also an unflinching portrait of a marriage struggling against the corroding tide of time and the proximity to the treacherous fault line between art and money.

A curiously elusive portrayal of a man who seemingly feels deeply about his life and the people in it, according to the words spoken. Does he, or does he not? The narrator's audio voice does not help with its overall flatness -- or is it the fault of the material the reader was given? There is also the the odd juxtaposition of he protagonist's professed love of past traditional art greats with the avant-garde art he promotes during his day job. An opportunity to inject some satire was missed here; if it was meant to be subtle, O.K., but his reaction could have been explored more clearly. All in all: disappointing.