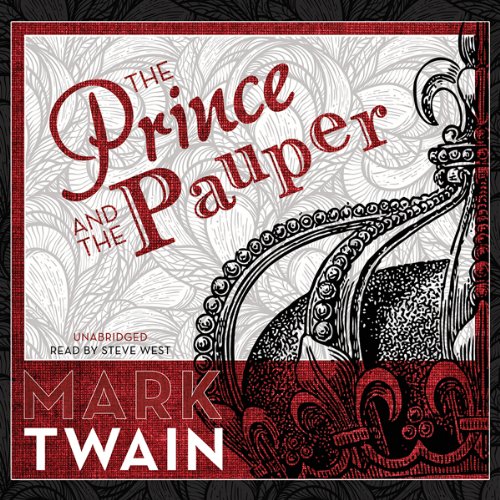 They look alike, but they live in very different worlds. Tom Canty, impoverished and abused by his father, is fascinated with royalty. Edward Tudor, heir to the throne of England, is kind and generous but wants to run free and play in the river - just once. How insubstantial their differences truly are becomes clear when a chance encounter leads to an exchange of clothing - and roles. The pauper finds himself caught up in the pomp and folly of the royal court, a role that is further complicated when the king dies soon after the switch; and the prince wanders horror-stricken through the lower strata of English society.

Out of the theme of switched identities, Mark Twain fashioned both a fiery assault upon social hypocrisy and injustice and a riotous comedy filled with high-spirited play.

Mark Twain (1835-1910) was born Samuel L. Clemens in the town of Florida, Missouri. One of the most popular and influential authors America has ever produced, his keen wit and incisive satire earned him praise from both critics and peers. He has been called not only the greatest humorist of his age but the father of American literature.

Public Domain (P)2011 Blackstone Audio, Inc.
“Twain was…enough of a genius to build his morality into his books, with humor and wit and - in the case of The Prince and the Pauper - wonderful plotting.” (E. L. Doctorow, award-winning American novelist)

Cosa pensano gli ascoltatori di The Prince and the Pauper

Ever since I read the super-abridged version of this book when I was little, I’ve felt such a kinship to this book. As a twin, books on identity swapping fascinated me when little. They still do, truth be told. I approached it with trepidation, hoping that the tale would hold strong in the expanded retelling, and it certainly did! Though I’ve never been a fan of Huckleberry Finn (I’m a terrible person, I know—perhaps I’ll revisit it again later in life and love appreciate it like my English teachers hoped I would in school), it wasn’t a surprise that the masterful Mark Twain just killed it with this book. Such great commentary on society, class structures, family, circumstance, and politics. So glad I revisited!

I think it’s a good book but it’s so much easier to enjoy it with audible.

I am planning on listening to this book again. But it just did not keep my attention

this book is absolutely excellent. a wonderful story and well read. All will enjoy this gem!

My 7th grade students listened to this book. They really enjoyed it and it kept them interested.

Narrator was wonderful and kept the book moving. He did credit to Twain's great prose.