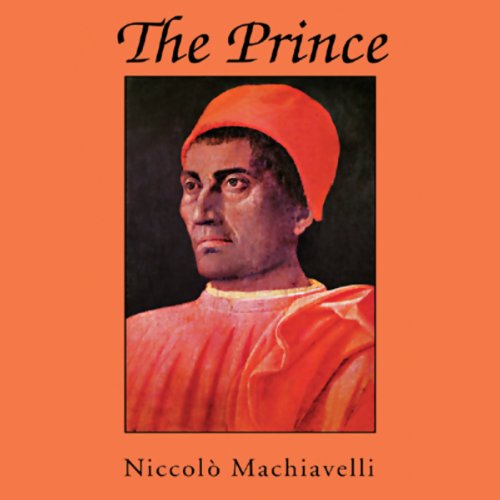 Here is the world's most famous master plan for seizing and holding power. Astonishing in its candor, The Prince is a disturbingly realistic and prophetic work on what it takes to be a prince, a king, a president.

When, in 1512, Machiavelli was removed from his post in his beloved Florence, he resolved to set down a treatise on leadership that was practical, not idealistic. The prince he envisioned would be unencumbered by ordinary ethical and moral values. Through the years, The Prince has been misunderstood to the extent that Machiavelli's name has become synonymous with unscrupulous political behavior. However, it remains essential reading as the ultimate book on power politics. Included are selections from Machiavelli's Discourses upon the First Ten Books of Titus Livy.

While The Prince is on a par with Sun Tsu's "Art of War", it should be read as much for its history lesson as its business and leadership insights. It's relatively short, and for much of the first half I didn't appreciate how profound it was. In fact, it's really the sort of book that you think more about it after you've finished it than while being read.

Understand that the lessons from the Prince are indirect, as they're reflective of the time in which they were written. But Machiavelli's unvarnished observations about what the result of certain actions in the context of that time are an inspiration to evaluate our current time without the bias of political correctness or custom, but to be analytical about action and impact.

This is an excellent version of the work. It is narrated slowly, clearly, and engagingly enough that there is no trouble following Machiavelli's thoughts. It is sold for less than some of other versions, and is therefore a good buy. My only criticism is that some Latin quotes used by Machiavelli are not translated.