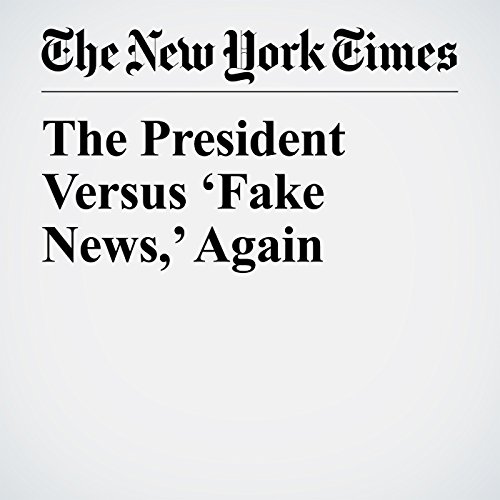 "The President Versus ‘Fake News,’ Again" is from the June 29, 2017 Opinion section of The New York Times. It was written by Bret Stephens and narrated by Keith Sellon-Wright.