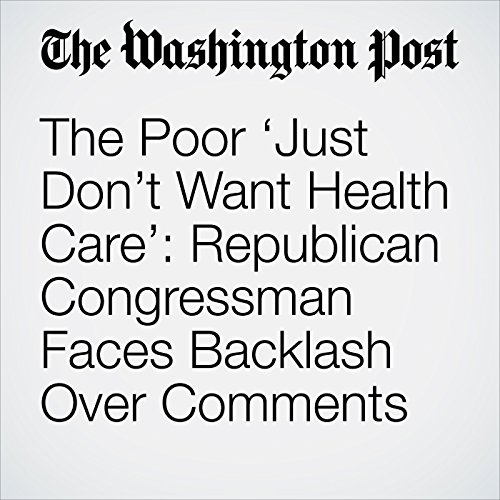 A first-term congressman who spent three decades as a physician — and is now part of a group of Republican doctors who have a major role in replacing Obamacare — is facing backlash after saying that poor people “just don’t want health care and aren’t going to take care of themselves.”

"The Poor ‘Just Don’t Want Health Care’: Republican Congressman Faces Backlash Over Comments" is from the March 09, 2017 Politics section of The Washington Post. It was written by Kristine Phillips and narrated by Jill Melancon.