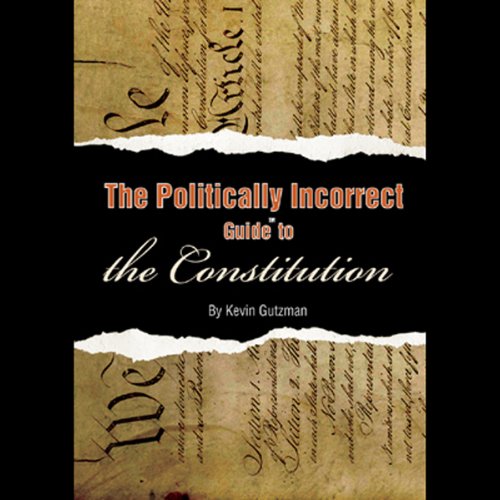 Instead of the system that the U.S. Constitution intended, judges have created a system in which bureaucrats and appointed officials make most of the important policies. While the government claims to be a representative republic, somehow hot-button topics, from gay marriage to the allocation of Florida's presidential electors, always seem to be decided by unelected judges. What gives them the right to decide such issues? The judges say it's the Constitution.

Author and law professor Kevin Gutzman shows that there is very little relationship between the Constitution ratified by the 13 states more than two centuries ago and the "constitutional law" imposed upon us since then. The Constitution guarantees our rights and freedoms, but activist judges are threatening those very rights because of the Supreme Court's willingness to substitute its own opinions for the perfectly constitutional laws enacted by "we, the people" through our elected representatives.

The best PIG to date

The Supremes never STOP in the name of love

Audio: Excellent. Clear, well-enunciated, easy to understand. The narrator does read fairly quickly. I didn't do much rewinding but due to the interesting subject matter and innumerable cases mentioned I will be listening to this book many times.

Content: EDUCATIONAL. Was there ever a time "The Supremes" didn't legislate from the bench? Did they EVER adhere to the Constitution other than its' legend as perceived "in their own minds"? Sigh. "What hath God wraught?" It's a wonder we retain ANY inalienable rights anymore, but that was the DOI, wasn't it? The subject matter is presented in a manner that holds ones' interest. Since it is a P.I.G. book there is a moderate amount of sarcasm, but only as appropriate. I highly recommend this book for those with a personal interest in either America history or their own future in America.

There were many things that have been forgotten about the Constitution, and this book really helps to bring those facts to life.

Right about so many things

As a professor at a law school, I can attest that Mr. Gutzman gets it right! One of the biggest problems with legal education is the case study method. We have lost the history and the spirit of The Constitution and get mired in the self-made law of the SCOTUS. I agree that one way to fix this is to fix our legal education system. The history and interpretation of the cases cited in this book and what they mean to the death of the Constitution makes you cringe. Because its true.

One of my new favorite books

I expect to listen to this book at least 2 times. The author mentions other books as his sources and I will try to read those next.

I recently developed a casual interest in the Constitution and this book is flipping my mind like nothing before except for when I was studying Calculus. I would recommend it to anybody I know. It is changes my perspective.

A reality check on Constitution

The U.S. Constitution was written and ratified by the founding fathers of America to be a system of government. The whole misguided notion of it being a living document is specious. This book is well worth the time time it takes to listen.

One of the most intellectually shallow books

This book cites books most legal scholars have read or referenced. This books answer to the Plato model is yet another "counsel of elders that agree with my position" orchestrated in about 10 sentences. Would not recommend to anyone.n

Would you consider the audio edition of The Politically Incorrect Guide to the Constitution to be better than the print version?

It is so jampacked with detail of case law and legislation that has affected how we are governed, plus anecdotes concerning the "players", the written word might have been a harder read. I often rewound the tape to reconsider the facts of cases presented, in fact, I've read the book twice.

The 14th amendment was not legally ratified.

I do wish it included a timeline of events,

This book challenges the status quo thinking and established historical perspectives and gives a fresh and interesting view of the issues we face today with the Constitution.

It's great to listen to a well reasoned argument for a morally bankrupt position. This book, which contains a case for strict constitutionalism, is 100% correct in terms of nominal law (laws on the books) but 100% off-base in terms of natural law (what is right and wrong). If the author had his way, we would still have slavery and we would not be a united country. That being said, the author is absolutely correct in his criticisms of the notion of "constitutional law". Draw your own conclusions from this conundrum. A good read.