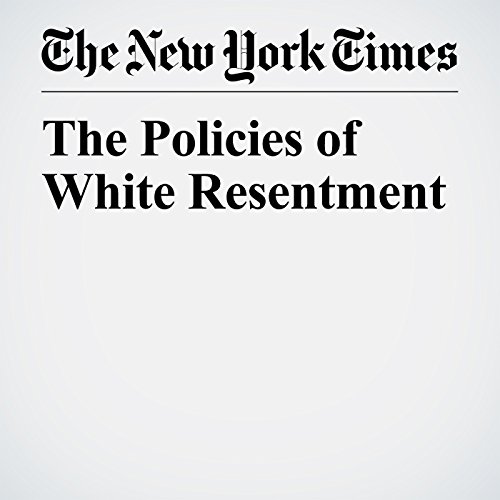 The Policies of White Resentment

White resentment put Donald Trump in the White House. And there is every indication that it will keep him there, especially as he continues to transform that seething, irrational fear about an increasingly diverse America into policies that feed his supporters’ worst racial anxieties.

"The Policies of White Resentment" is from the August 04, 2017 Opinion section of The New York Times. It was written by Carol Anderson and narrated by Kristi Burns.