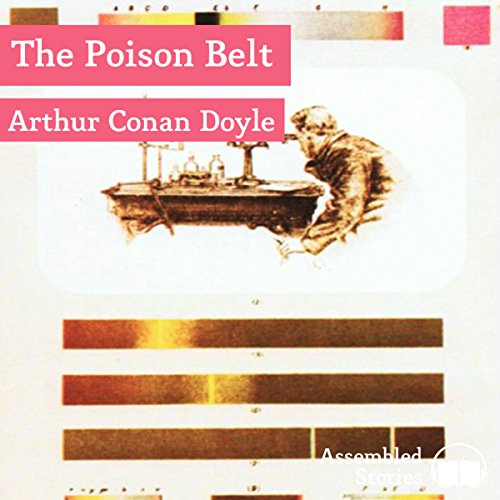 'You will conceive a bunch of grapes,' said he, 'which are covered by some infinitesimal but noxious bacillus. The gardener passes it through a disinfecting medium. It may be that he desires his grapes to be cleaner. It may be that he needs space to breed some fresh bacillus less noxious than the last. He dips it into the poison, and they are gone. Our gardener is, in my opinion, about to dip the solar system, and the human bacillus, the little mortal vibrio which twisted and wriggled upon the outer rind of the earth, will in an instant be sterilised out of existence.' And so Professor Challenger makes plans to ensure that he and his wife and three close friends are immune from the effects of the 'disinfecting medium', the poison belt, for as long as possible.

As in The Lost World, Conan Doyle had these ideas long before our modern filmmakers, and his elucidation of scientific concepts in these adventurous and thrilling tales had enormous appeal for an audience which gained its knowledge from books. Sadly, the novel's ultimate appeal that 'solemnity and humility' would 'be the foundations upon which a more earnest and reverent race may build a more worthy temple' fell on stony ground. Within a year of its publication, most of Europe was embroiled in the most horrifying conflict the planet had ever witnessed, in which poisonous gas was to play an horrendous part.

Somewhat predictable with a surprising twist ending. Very enjoyable to have the boys back together for another adventure.