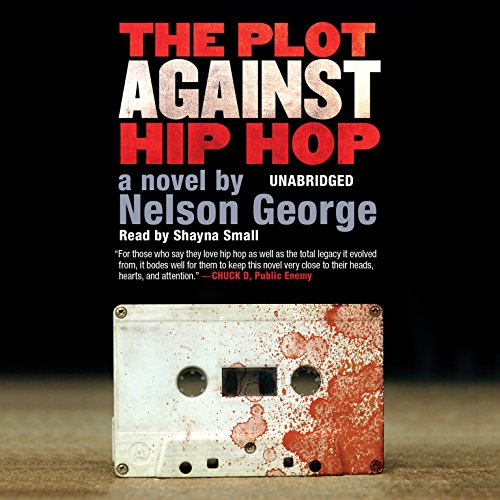 The Plot Against Hip Hop

The Plot against Hip Hop is a noir novel set in the world of hip-hop culture. The fatal stabbing of esteemed music critic Dwayne Robinson in a Soho office building is dismissed by the NYPD as a gang initiation. But his old friend, bodyguard, and security expert D Hunter, suspects there are larger forces at work.

D Hunter's investigation into his mentor's murder leads into a parallel history of hip hop, a place where renegade government agents, behind-the-scenes power brokers, and paranoid journalists know a truth that only a few hard-core fans suspect. This rewrite of hip-hop history mixes real-life figures with characters pulled from the culture's hidden world, including Jay Z, Kanye West, and Russell Simmons.

I wonder if this if it's based on true events in hip hop
history?

Love Nelson George not my favorite book. A

Was a little to neat and easy. Would like to read next book to see if it gets ore intricate

Very Anti climatic. I would not have finished this if reading it. I did wonder how much was fact v fiction.

Great story, I wonder how much is true

Nice story but if not a true story just another book. If true make this a great book.

I can appreciate that the author wants to be descriptive but many parts of the book were way too wordy. I liked the references and shout outs to hip hop artists and music both old and new. If it weren't for my interest in the conspiracy plot of the book i would not have made it to the end.

Narrator was effective. Good story with relevant names from today's society. Story had you wanting to know what was happening next.

wonderful in sight into the Hip Hop

Where does The Plot Against Hip Hop rank among all the audiobooks you’ve listened to so far?

Great read. Has a ring of truth. remind you of unsung heores int eh hip hop world. I had to keep rewinding and listening closer to the story. Great read.

What was one of the most memorable moments of The Plot Against Hip Hop?

Memories of Tupac, Biggie and and East and West Coast beef/

What does Shayna Small bring to the story that you wouldn’t experience if you just read the book?

The sound effects/ and the Voice inflections made you feel like you were there right in the story.

I re listened and returned to different parts didn't want to miss a beat.

I would recommend that people read the whole D Hunter series. I'm hooked.

Yes I would recommend this book to a friend... It was exciting as it answered questions an old school hip hop person like me has in the back of their mind..

The revelation of HIP HOP's power..

While I enjoyed the story line and the plot looking forward to part 2. I would recommend another reader maybe Cary Hite or someone similar. The garbled speaking made it impossible to continue with the story flow without going back to hear it again .

I stopped listening to this after 5 minutes the narration was boring, sounds like a robot.