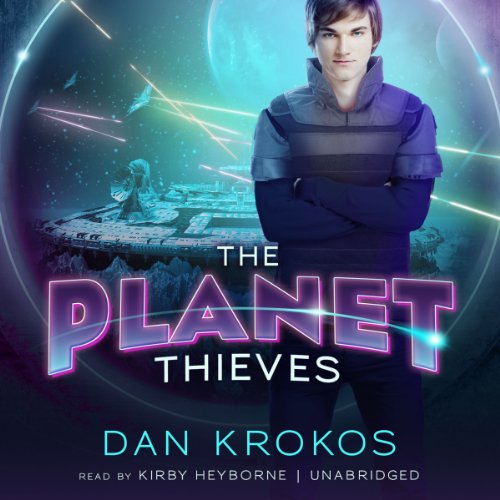 Young Mason Stark and 17 fellow cadets from the Academy for Earth Space Command (ESC) boarded the SS Egypt for a routine voyage to log their required space hours when they are attacked by the Tremist, an alien race at war with humanity. With the captain and crew dead, injured, or taken prisoner, Mason and the cadets are all that’s left to warn the ESC. Soon they find out the reason the Tremist chose to attack: the Egypt is carrying a weapon that could change the war forever. Mason will have to lead the cadets in a daring assault to take back the ship, rescue the survivors, and recover the weapon - before there isn’t a war left to fight.

©2013 Dan Krokos (P)2013 Blackstone Audio, Inc.
“Enjoyable." ( Kirkus Reviews)
“Krokos launches this series with skill and purpose, immediately placing readers in the action and never slowing down. The intriguing concept, intense sense of adventure, and high stakes are more than enough to let readers look past the coincidences that help drive the story.” ( Publishers Weekly)

Best book I would read it 10 time