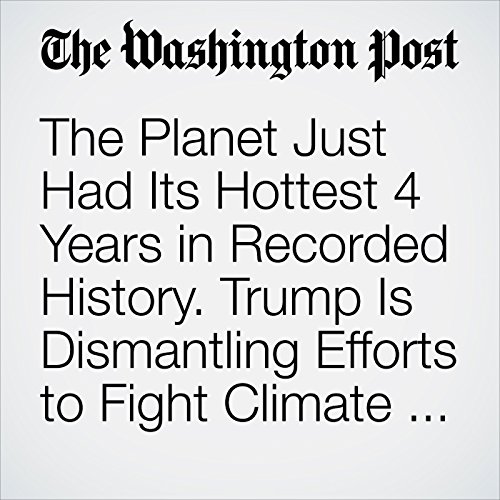 The renewed evidence of climate change, driven by human emissions of greenhouse gases, comes as the Trump administration moves to open new areas for oil drilling and rolls back regulations that sought to reduce global warming, most prominently by moving to repeal the Obama administration’s Clean Power Plan. The administration said it would withdraw from the Paris climate agreement last year.

"The Planet Just Had Its Hottest 4 Years in Recorded History. Trump Is Dismantling Efforts to Fight Climate Change." is from the January 18, 2018 National section of The Washington Post. It was written by Chris Mooney and narrated by Jenny Hoops.