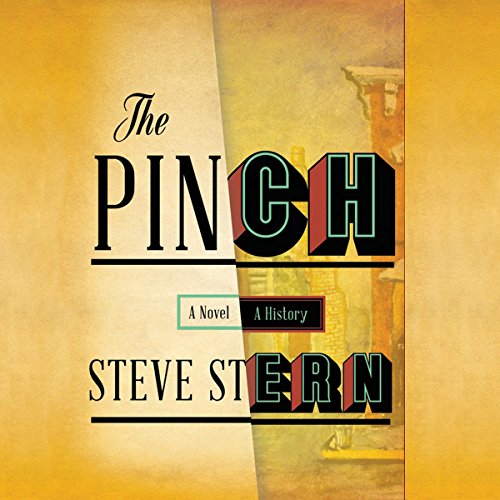 It's the late 1960s. The Pinch, once a thriving Jewish community centered on North Main Street in Memphis, has been reduced to a single tenant. Lenny Sklarew awaits the draft by peddling drugs and shelving books - until he learns he is a character in a book about the rise and fall of this very Pinch. Muni Pinsker, who authored the book in an enchanted day containing years, arrived in the neighborhood at its height and was smitten by an alluring tightrope walker. Muni's own story is dovetailed by that of his uncle, Pinchas Pin, whose epic journey to North Main Street forms the book's spine.

Steve Stern interweaves these tales with an ingenious structure that merges past with present, and his wildly inventive fabulism surpasses everything he's done before.

Memphis in a different light

I enjoyed this book because the language is mesmerizing and the characters strike deep into real people under the weight of epic struggle. It didn't stop for a moment with entertaining accounts of events that as whimsical as they are stirring with hope, disappointment and the joy of being alive. I haven't read a review that really does it justice. I enjoyed the narration and there is enough of a bond between the historical events that drive people to become mystical and the humor that keeps us afloat, that the story becomes thoughtful and meaningful.

I'm studying a group of about 50 Jews who form a temple in Memphis in 1854, well before the Pinch. I wanted to imagine Memphis in a different culture and history that was not a traditional story. It did that.

Reader doesn't know how to pronounce Yiddish or Hebrew

This is a fabulous story ruined by a reader who mispronounced most of the Yiddish and Hebrew words. Sometimes it took me a while and relistening to figure out what was being said.

Oy, what's with the Yiddish?

Interesting story and nice narration EXCEPT that much of the Yiddish pronunciation, and some of the Hebrew really grated on the ear; it would have been really nice if Mr. Doersch had received more tutoring!