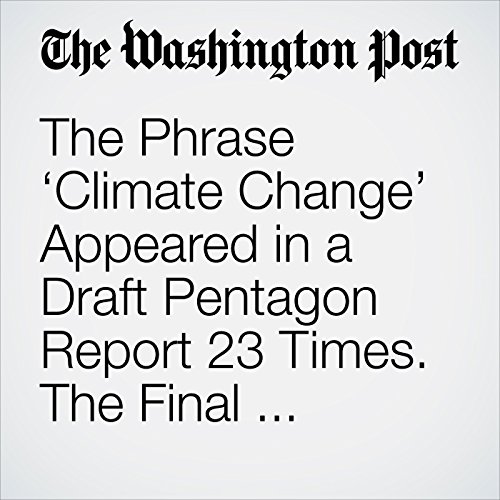 Internal changes to a draft Defense Department report de-emphasized the threats climate change poses to military bases and installations, muting or removing references to climate-driven changes in the Arctic and potential risks from rising seas, an unpublished draft obtained by The Washington Post reveals.

"The Phrase ‘Climate Change’ Appeared in a Draft Pentagon Report 23 Times. the Final Version Used It Once." is from the May 10, 2018 National section of The Washington Post. It was written by Chris Mooney and Missy Ryan and narrated by Sam Scholl.