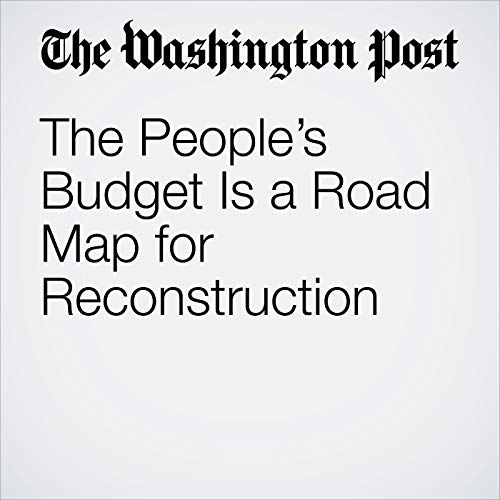 Amid the cacophony of Donald Trump’s chaos presidency, an alternative movement is building. Alexandria Ocasio-Cortez’s stunning primary victory over Rep. Joseph Crowley (D-N.Y.) serves as one marker. Another is the progress Bernie Sanders and his allies have made in winning the battle of ideas within the party. A third is the turn of movements such as Black Lives Matter from protest to program and building power. Last week, the Congressional Progressive Caucus — co-chaired by Reps. Raúl M. Grijalva (D-Ariz.) and Mark Pocan (D-Wis.) — provided another, publishing the latest edition of “The People’s Budget: A Progressive Path Forward.”

"The People’s Budget Is a Road Map for Reconstruction" is from the August 01, 2018 Opinion section of The Washington Post. It was written by Katrina vanden Heuvel and narrated by Sam Scholl.