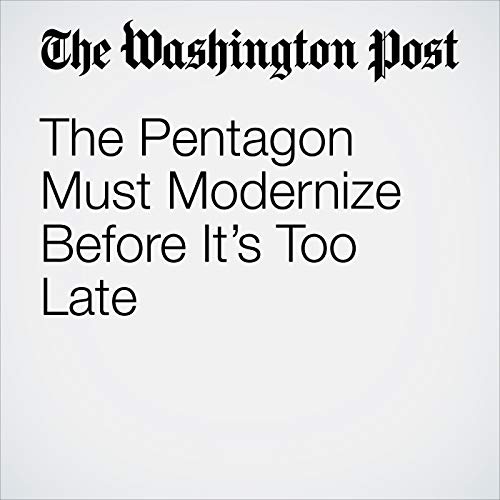 For the first time since the end of the Cold War, the Pentagon has a genuinely new strategy: Focus on our rivals — Russia and, in particular, China — and maintain a competitive advantage over them. Defense Secretary Jim Mattis warns in his 2018 National Defense Strategy that if we fail to do so, we may lose the next big war against these nations. If that happens, say goodbye to the free and open international order the United States has built and upheld since the 1940s.

"The Pentagon Must Modernize Before It’s Too Late" is from the September 17, 2018 Opinion section of The Washington Post. It was written by Robert O. Work and Elbridge Colby and narrated by Sam Scholl.