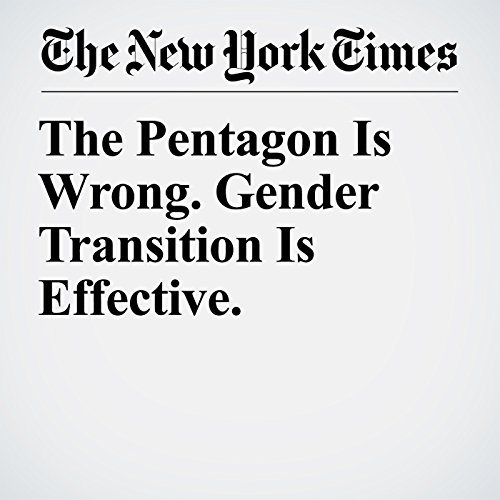 What does it mean to be transgender?A Pentagon report released last month, recommending that most transgender Americans be disqualified from military service or forced to serve in their birth gender without full health care, has renewed debate over this question.

"The Pentagon Is Wrong. Gender Transition Is Effective." is from the April 09, 2018 Opinion section of The New York Times. It was written by Nathaniel Frank and narrated by Keith Sellon-Wright.