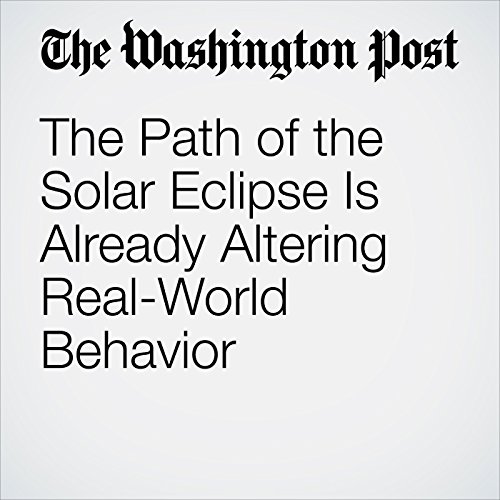 The upcoming solar eclipse is poised to become the “most photographed, most shared, most tweeted event in human history,” in the words of one astronomer. Millions of people will watch it, potentially overwhelming the cities and towns along the eclipse's path of totality.

"The Path of the Solar Eclipse Is Already Altering Real-World Behavior" is from the August 01, 2017 Wonkblog section of The Washington Post. It was written by Christopher Ingraham and narrated by Sam Scholl.