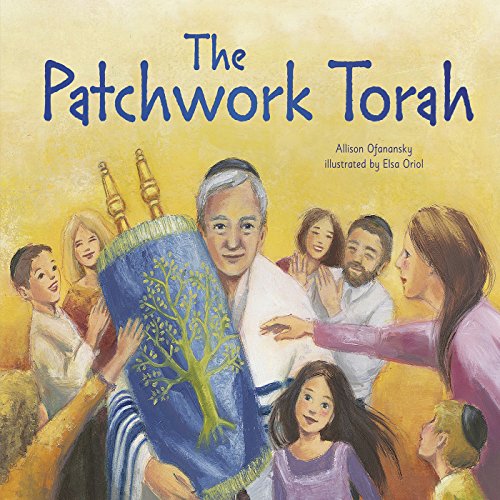 As a child, David watches his grandfather, a Torah scribe or sofer, finish a Torah scroll for the synagogue. "A Torah is not something to be thrown away," his Grandfather explains. David's grandfather carefully stores the old Torah his new one has replaced in his cabinet, hoping to one day repair the letters so the Torah can be used again. David grows up and becomes a sofer just like his grandfather. Through the years, people bring him damaged Torahs they have saved from danger and disaster - one damaged by Nazi soldiers during World War II, one damaged in a fire in a synagogue, and one in flooding during Hurricane Katrina. David stores each of these precious Torahs in his cabinet, until his granddaughter Leah gives him the idea to make a recycled Torah from the salvaged Torah scrolls.