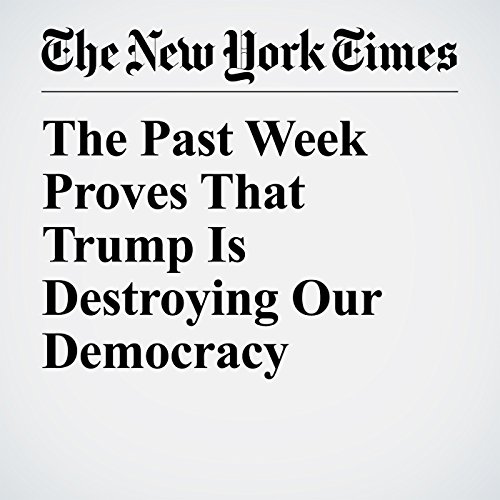 The Past Week Proves That Trump Is Destroying Our Democracy

Over just a few days last week, President Trump and his allies stepped up attacks on Robert Mueller, the special counsel investigating the campaign’s connections to Russia. They tried to push Attorney General Jeff Sessions out of office. They thought out loud about whether the president can pardon himself.

"The Past Week Proves That Trump Is Destroying Our Democracy" is from the July 31, 2017 Opinion section of The New York Times. It was written by Yascha Mounk and narrated by Keith Sellon-Wright.