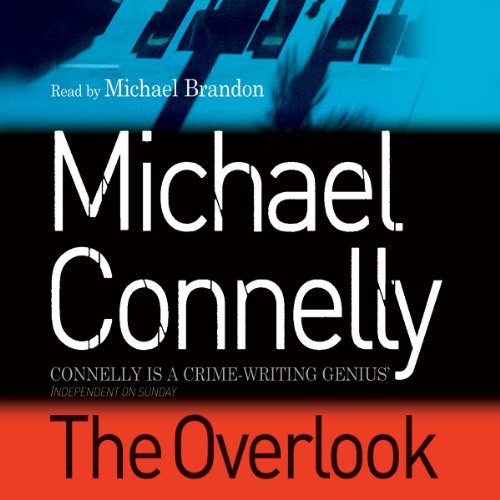 This pulse-quickening thriller from master of suspense Michael Connelly sees Harry Bosch plunged into the dangerous world of international terrorism.

When a physicist is murdered in Los Angeles, it seems the killer has no fear of publicity, leaving the body on The Overlook, a site with a stunning view over the city. And when it's discovered that the victim turned over a quantity of a lethal chemicals to his killer before he died, Harry knows he has more than just a single death to worry about.

Alongside the forces of US Homeland Security, Harry realizes he must solve the murder - or face unimaginable consequences.

"The scramble to investigate threats to national security, justified or otherwise, is a timely subject and one on which Connelly puts a brilliant new spin." ( Publishers Weekly)
"[F]ast-paced action, plot twists, suspense, and spare, humorous writing." ( Bookmarks magazine)

Would you consider the audio edition of The Overlook to be better than the print version?

Not necessarily better. It doesn't matter. The reading is strong enough to convey a great story.

The plot is magnificently paced, and goes to the heart of its big themes.

Have you listened to any of Michael Brandon’s other performances before? How does this one compare?

I don't recall hearing other Brandon performances. This one is well judged and doesn't draw too much attention to itself. In short, a good professional job.

I'm too busy to read anything at one sitting, but this recording helps the listener keep the thread of the story in mind.

This fine recording is billed as "abridged", but I don't think it is. If anything is missing, it's not very much.

Another excellent Michael Connolly page turner, featuring irascible, uncompromising, defiant, streetwise, journeyman, LA murder detective Harry Bosch. Connolly’s series of books are steeped in American sensibilities of right and wrong being a black and white situation and Bosch is always single minded in his goal to solve the case and get the bad guys. As usual, the plot is complex and well-crafted and there is plenty of tensions and potential jeopardy between key characters. Bosch’s bold and brave character is deep enough to be credible, as are others who make up the key individuals in the story. And there is a comfortable feeling that you are being taken on a journey by an expert in the American cop thriller genre, which is indeed the case. If you like well plotted, cop thrillers with page-turner popular prose then you should like this book.

I usually love the Harry Bosch stories but found this one very frustrating - he made such poor decisions and withheld information because he was so worried about being cut out of the investigation. At times this jeopardized progress which just seems self-defeating and unrealistic.