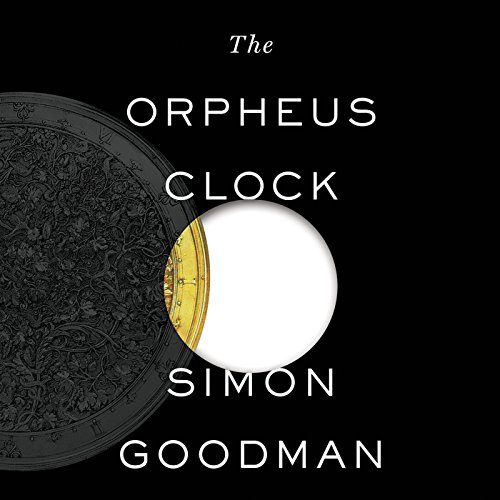 Simon Goodman's grandparents came from German-Jewish banking dynasties and perished in concentration camps. His father rarely spoke of their family history or heritage. But, when he passed away and Simon received his father's old papers, a story began to emerge. The Gutmanns, as they were known then, rose from a small Bohemian hamlet to become one of Germany's most powerful banking families. They also amassed a magnificent, world-class art collection that included works by Degas, Renoir, Botticelli, Guardi, and many, many others. But the Nazi regime snatched from them everything they had worked to build: their remarkable art, their immense wealth, their prominent social standing, and their very lives. With the help of his family, Simon initiated the first Nazi looting case to be settled in the United States.

"With a novelist’s narrative gifts, Goodman movingly portrays his family’s victimization by the Nazis and the post-war repercussions of those events.... Goodman produces much more than another Holocaust book." ( Publishers Weekly)

Passionate driven tale of a astonishing art collects and his whereabouts to recover.

An history of three centuries of a family heirloom truncated by the fateful events of the first half of XX century how it links the generation to fulfill a void, beautiful related and powerful engaging, I love it !

Fabulous book from start to finish. You’ll find yourself hoping for another book from this writer. Fantastic narration and command of French and German pronunciations.

A Masterpiece of 21st Century History

I first read The Orpheus Clock shortly after reading The Hare With Amber Eyes and recently re-read both. Although both are extraordinary and essential works of art and research in their own right, they are also major literary accomplishments in what has almost become a modern literary genre, the personal documentation of evidence of family trauma, history and discovery. This genre is not for the faint of heart, neither in the reader nor the writer. The volume and meticulousness of the research and the evidentiary standards, the cross referencing, the profundity of the psychological insights, the integrity of the first person narrative, are formidable.

The exquisite prose of Simon Goodman's painstakingly detailed narrative of his personal and historic journey to uncover one of the greatest scandals of the twentieth and twenty-first century is always thorough, dramatic, colourful and rich and never dull. It resonates with the warmth of the characters, the luxury and grandiosity of the wealth and art works of its subjects. As the events unfold, Goodman bears witness to the unparalleled brutality, systemic corruption and criminality that continued not only unpunished but most profitably, for the perpetrators, at the highest levels of the art world, in the justice systems and the halls of government, commerce and high finance, decades after the Holocaust and the end of the second world war. This is a book that should be required reading in every advanced history and art history class in Europe and the Americas.

I very much enjoyed Derek Perkins’s recording of The Orpheus Clock. Obviously, the reading and interpretation were immaculate. But I am also especially grateful for his pronunciation of Dutch, French, German, Italian and other non-English names, words and expressions, which was consistently precise and, as far as I know, correct. This is a refreshing change from the majority of English and American recordings. It is very distracting to hear such recordings routinely screw up anything that is not commonplace in the English language. It would have ruined any recording of The Orpheus Clock, in particular, because so much of the book involves details of international travel and research. So, I commend Derek Perkins’s work, at the highest level.

An immersive story of loss, terror, unspeakable cruelty, and unforgivable greed and injustice in its aftermath; but at the same time a story of beauty, faith, hopr, love, fabulous art, the power of persistence and through it all, the bond of roots and family history. Bravo, Mr. Goodman...your ancestors are indeed smiling on you!

Spellbinding and at times Haunting

Loved the narrator . Found the book spell binding, at times haunting and hugely informative about the art market. Wonderful

This books tells of an aspect of the Jewish persecution by the Nazis which is often overlooked. The strenuous efforts of the Nazis to 'legalise' their art theft is astounding as is their documentation of the process. Equally astounding is the cover up by subsequent owners. The perseverance and success of the Goodman family is hunting down so many of the stolen treasures is very impressive.

Altogether a fascinating book which is well written and very well read.