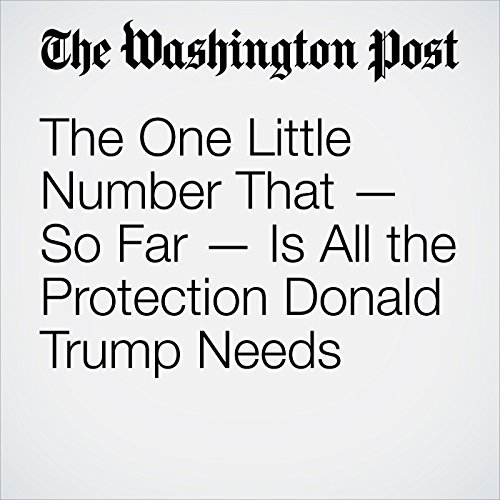 Donald Trump’s unorthodox candidacy blossomed into an unorthodox presidency. In the White House, Trump carries with him all of the complex, tricky and fraught behaviors and tendencies that powered him through the 2016 campaign. He also carries with him the decisions and interactions that led him to victory — including a staff that may have some nebulous ties to a Russian government that wanted to see him victorious.

"The One Little Number That — So Far — Is All the Protection Donald Trump Needs" is from the May 12, 2017 Politics section of The Washington Post. It was written by Philip Bump and narrated by Jill Melancon.