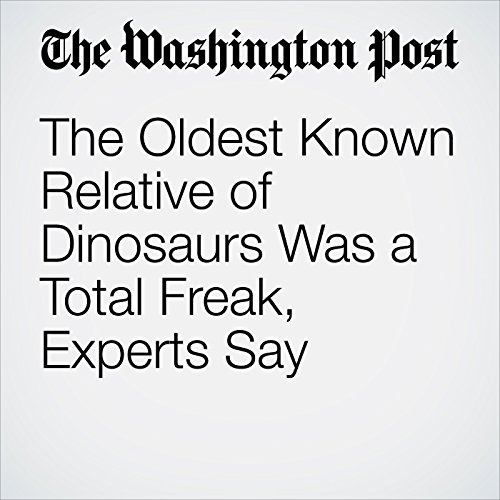 The discovery of an unusual cousin of dinosaurs is forcing paleontologists to rethink how the ancient giants evolved.

"The Oldest Known Relative of Dinosaurs Was a Total Freak, Experts Say" is from the April 12, 2017 Health & Science section of The Washington Post. It was written by Sarah Kaplan and narrated by Jenny Hoops.