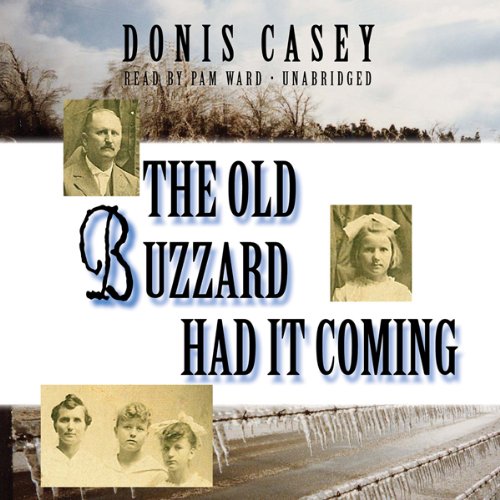 The Old Buzzard Had It Coming

Alafair Tucker is a strong woman and the core of her family’s life on a farm in Oklahoma where backbreaking work and the daily logistics of caring for her husband and their nine children, and of being a good neighbor, requires determination and a clear head. She’s also a woman of strong opinions, and it is her opinion that her neighbor, Harley Day, is a drunkard and a reprobate. So, when Harley’s body is discovered frozen in a snowdrift one January day in 1912, she isn’t surprised that his long-suffering family isn’t particularly broken up.

When Alafair helps Harley’s wife prepare the body for burial, she discovers that Harley’s demise was anything but natural: there is a bullet lodged behind his ear. And when she hears that Harley’s son, John Lee, is the prime suspect in his father’s murder, she grows concerned - her 17-year-old daughter Phoebe is in love with the boy. At first, Alafair’s only fear is that Phoebe is in for a broken heart, but as she begins to unravel the events that led to Harley’s death, she discovers that Phoebe might be more than just John Lee’s sweetheart: She may be his accomplice in murder. But a man like Harley turns many people against him, and whoever said there are some things even a mother can’t fix never met Alafair Tucker.

Pitch-perfect for the Oklahoma frontier, Donis Casey’s first novel in the Alafair Tucker mystery series is both a compelling mystery and a remarkable evocation of the hard work and family joys of life 100 years ago.

Donis Casey was raised in Oklahoma, earned degrees from the University of Tulsa and Oklahoma University, and has worked as a teacher and academic librarian. She lives in Arizona.