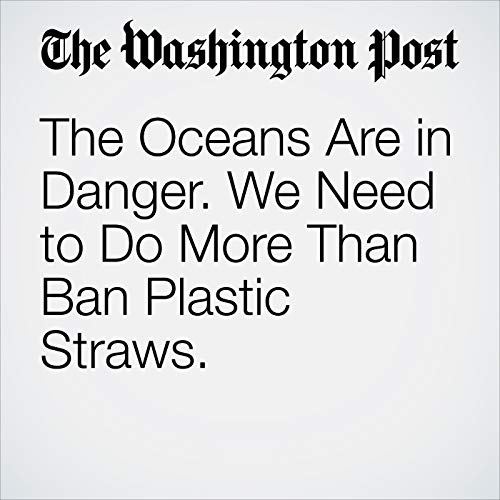 Over the past year, the movement to ban plastic straws has seen tremendous success. Major companies including Starbucks have decided to eliminate them in their stores, and some metropolitan areas have passed citywide bans. This consumer and environmental trend has been an encouraging example of collective action on an economy-wide scale and has no doubt helped keep plastic out of our oceans and out of marine life. But ultimately, these actions are small steps toward solving a massive problem.

To truly save the ocean, we must take serious action to halt climate change on a global scale — and soon."The Oceans Are in Danger. We Need to Do More Than Ban Plastic Straws." is from the September 14, 2018 Opinion section of The Washington Post. It was written by John Podesta and narrated by Jenny Hoops.

Cosa pensano gli ascoltatori di The Oceans Are in Danger. We Need to Do More Than Ban Plastic Straws.