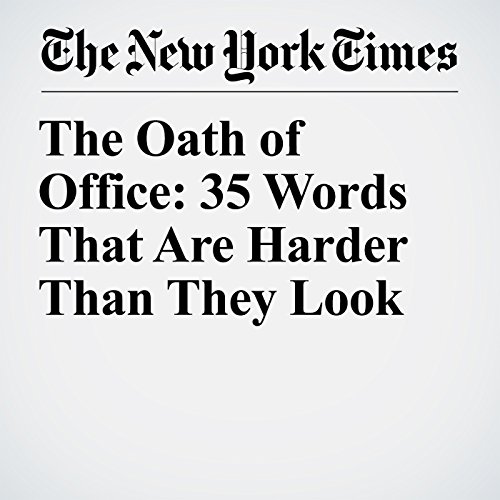 Presidents-elect have taken the oath since the beginning of the republic. George Washington first said it in 1789, and the oath has been the centerpiece of presidential inaugurations ever since, symbolizing the continuity of democratic rule and the peaceful transition of power.

"The Oath of Office: 35 Words That Are Harder Than They Look" is from the January 19, 2017 U.S. section of The New York Times. It was written by Liam Stack and narrated by Kristi Burns.

Cosa pensano gli ascoltatori di The Oath of Office: 35 Words That Are Harder Than They Look