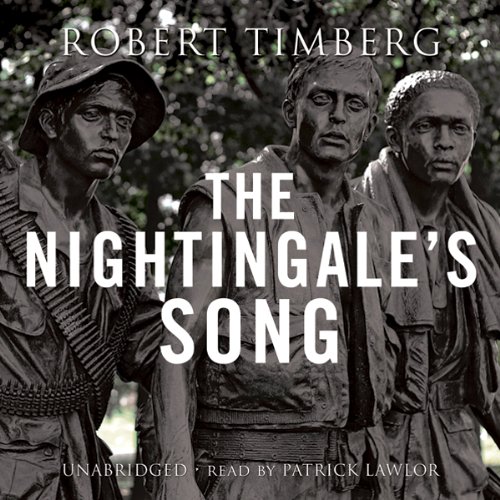 Robert Timberg weaves together the lives of Annapolis graduates John McCain, James Webb, Oliver North, Robert McFarlane, and John Poindexter to reveal how the Vietnam War continues to haunt America. Casting all five men as metaphors for a legion of well-meaning if ill-starred warriors, Timberg probes the fault line between those who fought the war and those who used money, wit, and connections to avoid battle.

Here is a riveting tale that illuminates the flip side of the fabled Vietnam generation: those who went.

"[A] terrific book about courage and cowardice, honor and betrayal, suffering and the death, and the indomitability of the human spirit." ( Washington Post)
"[A]n amazing work that could make you cry over descriptions of bravery so bold and big....It is about the soul of a nation....This is a stunning book." ( Boston Globe)
"[I]n Timberg's telling of their specific combat experiences, insightful angles on their subsequent careers emerge....A well-researched and well-written account of five interesting lives." ( Booklist)

the reader sounds like a snooty know it all...

unbearable to listen to. I would rather push needles through my ears. I lasted less than an hour before I stopped listening

This book is incredibly and unnecessarily long. If you are very familiar with the primary characters in this book (McFarland, Webb, North, McCain, etc.) - specifically in the post-Vietnam era through the early '90's - this book is for you. If not, it is more detailed and time-consuming than necessary.

Revealing in scope and detail. This book was recommended to me by a good friend and history buff.

The revelations come not from the well researched findings but from the context of "seasoning" experienced by the 5 featured Vietnam vets.
It was thoroughly impressive and fascinating.

If it did not jump around the characters so much, chopping and changing made it hard to follow