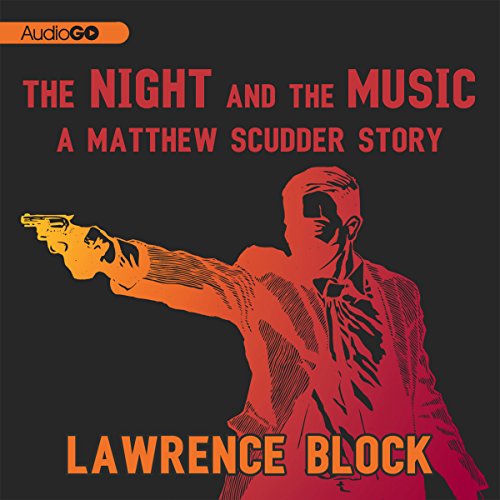 Lawrence Block's 17 Matthew Scudder novels have won the hearts of readers throughout the world - along with a bevy of awards including the Edgar, the Shamus, the Philip Marlowe (Germany), and the Maltese Falcon (Japan). But Scudder has starred in short fiction as well, and it's all here, from a pair of late-'70s novelettes ("Out the Window" and "A Candle for the Bag Lady") through "By the Dawn's Early Light" (Edgar) and "The Merciful Angel of Death" (Shamus), all the way to "One Last Night at Grogan's", a moving and elegiac story never before published. Some of these stories appeared in such magazines as Alfred Hitchcock, Ellery Queen, and Playboy.

The title vignette, "The Night and the Music", was written for a NYC jazz festival program; another, "Mick Ballou Looks at the Blank Screen", has appeared only as the text of a limited-edition broadside. Several stories look back from the time of their writing, with Scudder recounting events from his former life as a cop, first as a patrolman partnered with the legendary Vince Mahaffey, then as an NYPD detective leading a double life. Along with these eleven stories and novelettes, The Night and The Music includes a list of the seventeen novels in chronological order, and an author's note detailing the origin and bibliographical details of each of the stories.

Brian Koppelman, the prominent screenwriter and director (Solitary Man, Ocean's Thirteen, Rounders) and a major Matt Scudder fan, has sweetened the pot with an introduction.

Cosa pensano gli ascoltatori di The Night and the Music

Stories are clever if you can get past his voice.

As clever an author as Block is, his narration leaves much to be desired. If you can stand his reading, some of the stories are worthwhile. This is a case where I'd recommend reading them instead.

Short Stories - Some Good; Some Not

What made the experience of listening to The Night and the Music the most enjoyable?

Some new Matt Scudder stories,and some are new. I had read or heard most of the stories but really enjoyed the new ones. The span Matt's career/life from the time he was married to his first wife on.

Why did Larry decided to read this himself? He once said that he wouldn't do it again.

Is this Matt Scudder's last episode ??

The book is collection of Matt Scudder's short stories that most deal with the early years of Matt as a detective. They are witty, engaging and fun to read with a melancholic twist for the reader that knows that this may be the last book of one of the most compelling detective series . We shall miss you , Matt Scudder !!!

I enjoyed the stories and the narrator's grizzled vioced reading, perfect for style of writing.

If you could sum up The Night and the Music in three words, what would they be?

What other book might you compare The Night and the Music to, and why?

All of the Mathew Scudder books and crime fiction. You are taken into an intimate picture of the criminal underworld showing the connection between police and criminals and the effect such a job has. It's a fascinating journey into this world of New York, alcoholism, recovery, and the people who live these lives.

Which character – as performed by Lawrence Block – was your favourite?

As it is composed of short stories, it is easy to listen to one and then come back to a new story later. Probably not one to listen to in one sitting as it would be too overwhelming. Much better to dip into and save more for later.

Lawrence Block's reading is compelling and authentic. It's as if he is talking directly to you in one of those poorly lit New York bars and you can imagine jazz playing softly in the background. Atmospheric!