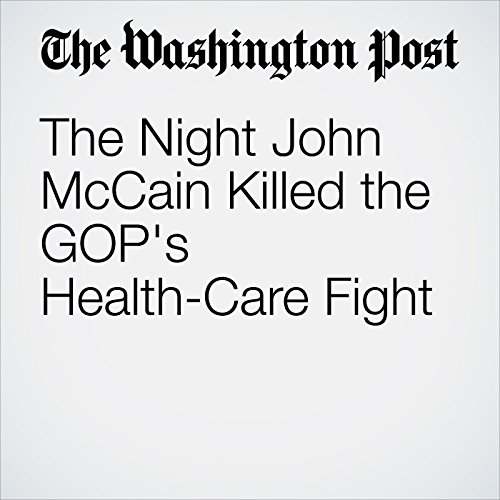 A seven-year quest to undo the Affordable Care Act collapsed — at least for now — as Sen. John McCain (R-Ariz.) kept his colleagues and the press corps in suspense over a little more than two hours late Thursday into early Friday.

"The Night John McCain Killed the GOP's Health-Care Fight" is from the July 28, 2017 PowerPost section of The Washington Post. It was written by Ed O'Keefe and narrated by Kristi Burns.