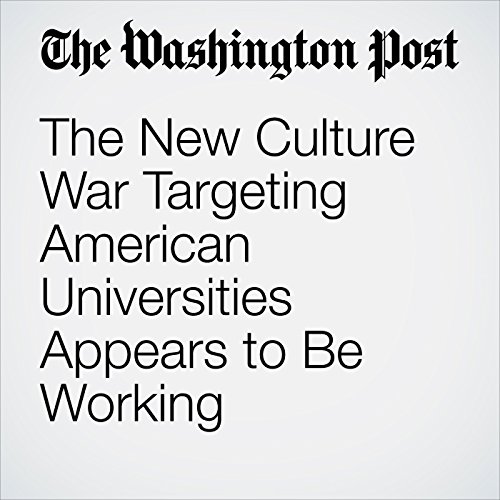 In late 2015, the University of Missouri was wracked by protests demanding the resignation of the school’s president in light of his perceived failure to address racist incidents on campus. The demonstrations quickly gained national attention, and, when the school’s football team joined in, they were successful.

"The New Culture War Targeting American Universities Appears to Be Working" is from the July 10, 2017 Politics section of The Washington Post. It was written by Philip Bump and narrated by Sam Scholl.