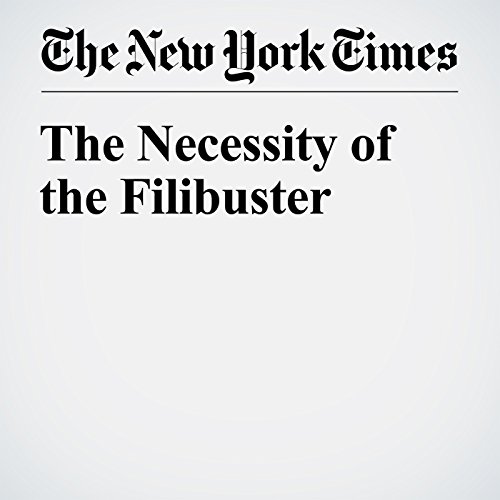 Now, with Donald J. Trump about to become president and Republicans controlling both houses of Congress, the Senate minority’s chief tool for blocking legislation and nominations — the filibuster — may be in danger.

"The Necessity of the Filibuster" is from the January 04, 2017 Opinion section of The New York Times. It was written by Richard A. Arenberg and narrated by Kristi Burns.

Cosa pensano gli ascoltatori di The Necessity of the Filibuster