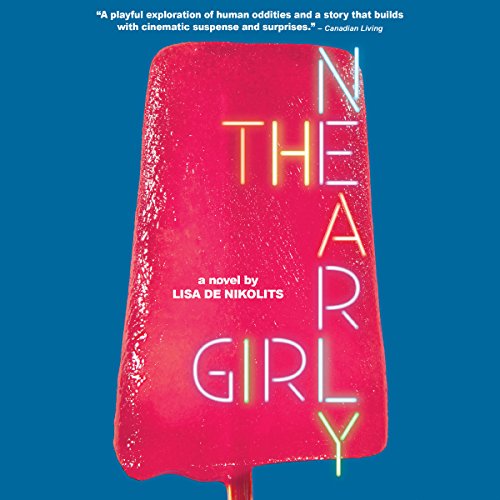 Fans of A Prayer for Owen Meany and One Flew Over the Cuckoo’s Nest will love this clever, fast-paced and enjoyable thriller.

Like a modern-day Joan of Arc, Amelia Fisher attempts to carve out a ‘normal life’, showing us how mythic the idea of ‘normal’ really is. With a poetic genius for a father, an obsessed bodybuilder for a mother, and an enchantingly eccentric group seeking the help of an unorthodox therapist, what could possibly go wrong?

A chance discovery propels Amelia and fellow therapy attendee Mike, with whom she is in love, into a life-threatening situation instigated by the crazed doctor's own dark secret, but Amelia's psychosis saves the day. Told with warmth, humor and populated with vividly original characters, this sprint-paced novel has it all, from restraining orders to sex in office bathrooms and a nail-biting ending. A novel about an unusual family, expected social norms, and the twists and turns of getting it all slightly wrong, the consequences of which prove fatal for some.

"The Nearly Girl is completely mesmerizing! Lisa de Nikolits' tale of family dysFUNction is chock full of comedy, drama and page turning suspense.... Told with warmth, humor and populated with vividly original characters, The Nearly Girl illustrates the importance of keeping the magic in an increasingly corporate, cookie-cutter world." (Heather Babcock, author of Of Being Underground and Moving)