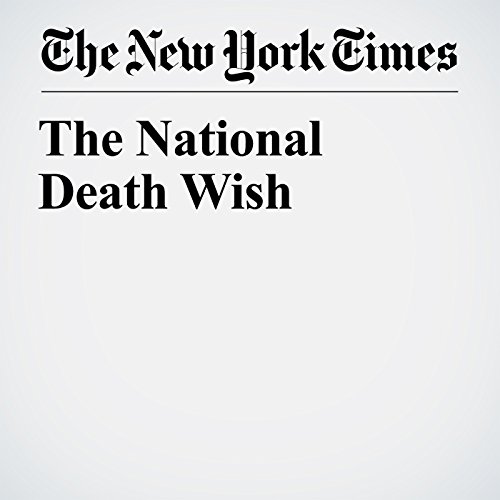 A few weeks ago, Tom Cotton and David Perdue, Republican senators from Arkansas and Georgia, introduced an immigration bill that would cut the number of legal immigrants to this country each year in half, from about a million to about 500,000.

"The National Death Wish" is from the February 23, 2017 Opinion section of The New York Times. It was written by David Brooks and narrated by Caroline Miller.