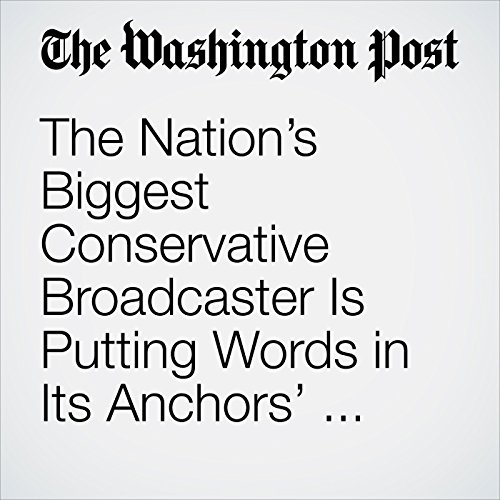 A viral YouTube video of dozens of local TV anchors reading the same scripted message to viewers has inflamed a debate about media bias in the era of President Trump. And critics say the Federal Communications Commission is responsible for enabling and emboldening the right-leaning company behind the scripted content, Sinclair Broadcast Group, in ways that could ultimately hurt conservatives and liberals alike.

"The Nation’s Biggest Conservative Broadcaster Is Putting Words in Its Anchors’ Mouths. Critics Blame the FCC." is from the April 03, 2018 Tech section of The Washington Post. It was written by Brian Fung and narrated by Sam Scholl.