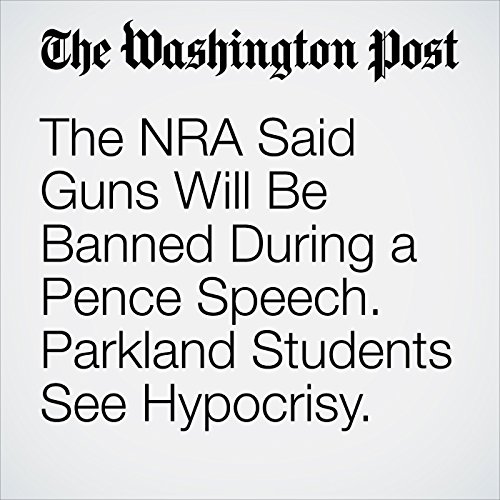 The National Rifle Association has championed the idea of “a good guy with a gun,” but no firearms will be allowed when Vice President Pence speaks at its annual meeting — sparking criticism from Parkland, Fla., students, who say schools should be afforded the same protection.

"The NRA Said Guns Will Be Banned During a Pence Speech. Parkland Students See Hypocrisy." is from the April 30, 2018 National section of The Washington Post. It was written by Alex Horton and narrated by Sam Scholl.