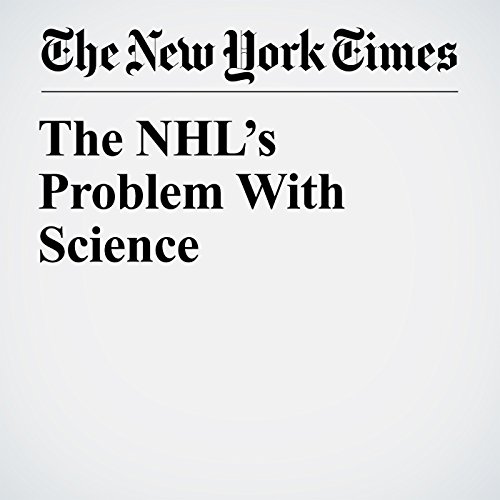 It now looks as if the NHL, which makes about $4 billion a year, has chosen to go after the science behind the brain disease called chronic traumatic encephalopathy, or CTE. It’s late to this game. Even the NFL — a longtime and loud naysayer that blows to the head cause CTE — has acknowledged the link.

"The NHL’s Problem With Science" is from the February 08, 2017 Sports section of The New York Times. It was written by Juliet Macur and narrated by Caroline Miller.