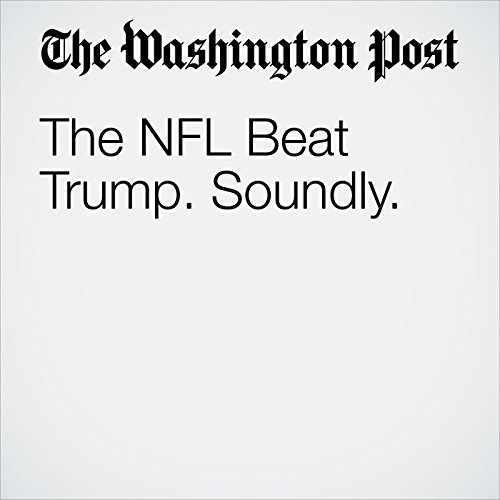 The NFL players stood, knelt, raised fists, sat, abstained . . . whatever felt right. They did it mostly as a team, a collection of individuals who choose to play together and sacrifice for each other. During the national anthem, they didn’t act like a brainwashed mass who had traded their diversity just to wear the same colors.

"The NFL Beat Trump. Soundly." is from the September 24, 2017 Opinion section of The Washington Post. It was written by Jerry Brewer and narrated by Sam Scholl.