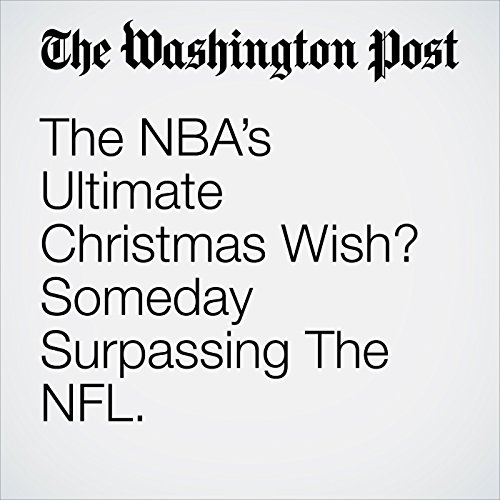 For generations, major professional leagues could only envy the National Football League’s marriage with Thanksgiving, the sport synonymous with the holiday. A decade ago, the National Basketball Association increased its Christmas slate to five games spread throughout the day, a showcase for its best teams and glitziest stars, making a push toward Dec. 25 becoming its equivalent to the NFL’s Thanksgiving.

"The NBA’s Ultimate Christmas Wish? Someday Surpassing The NFL." is from the December 24, 2017 Sports section of The Washington Post. It was written by Tim Bontemps and narrated by Sam Scholl.