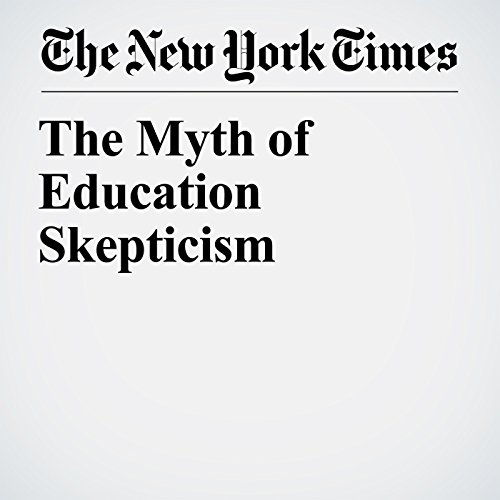 In Alabama’s recent special Senate election, the progressive group Priorities USA was looking for ways to lift African-American voter turnout. So Priorities tested several different advertisements, to see which ones made people want to vote.

"The Myth of Education Skepticism" is from the March 18, 2018 Opinion section of The New York Times. It was written by David Leonhardt and narrated by Keith Sellon-Wright.