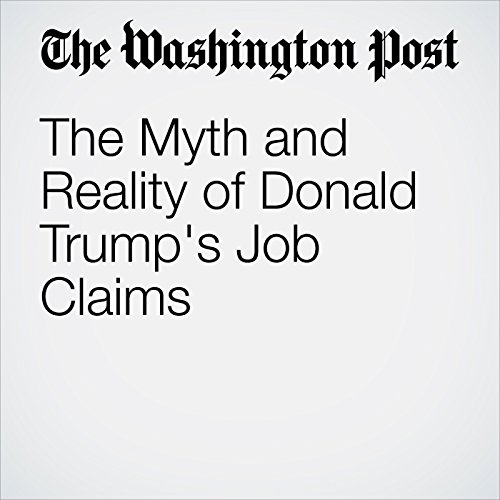 On Twitter on Tuesday morning, Trump singled out General Motors for assembling some of its Chevrolet Cruze models in Mexico and selling them in the United States, reiterating his threat to impose punitive tariffs on imports. Shortly afterward, Trump celebrated an announcement by Ford that it was canceling a $1.6 billion factory in Mexico and using some of the money to expand production in Michigan.

"The Myth and Reality of Donald Trump's Job Claims" is from the January 03, 2016 Business section of The Washington Post. It was written by Ylan Q. Mui and Steven Overly and narrated by Jenny Hoops.