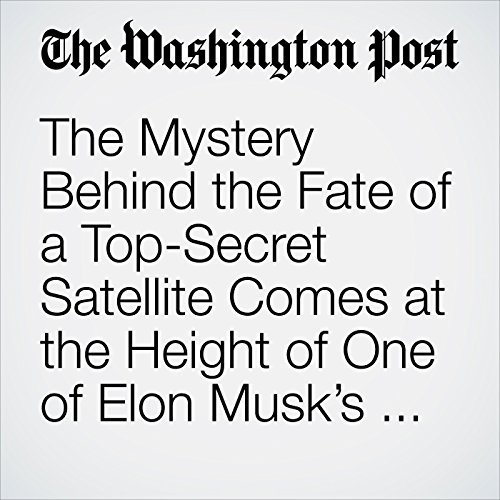 At first, everything appeared to go smoothly. Elon Musk’s SpaceX cheered a successful liftoff of its Falcon 9 rocket Sunday evening. So did the Air Force’s 45th Space Wing, which operates the Cape Canaveral Air Force Station. But on Monday, as reports surfaced that something went disastrously wrong with the classified satellite it had been hired to launch into orbit, SpaceX said that a review showed its Falcon 9 rocket “performed nominally,” or without incident.

"The Mystery Behind the Fate of a Top-Secret Satellite Comes at the Height of One of Elon Musk’s Biggest Rivalries" is from the January 09, 2018 Technology section of The Washington Post. It was written by Christian Davenport and narrated by Sam Scholl.