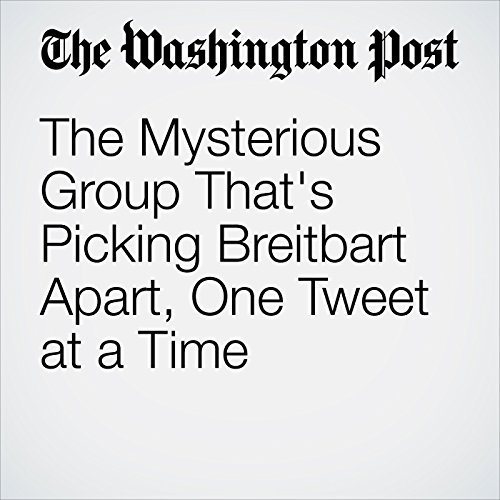 Hardly anyone paid attention last November when a strangely named Twitter account, Sleeping Giants, sent its first tweet into the digisphere. “Are you aware that you’re advertising on Breitbart, the alt-right’s biggest champion, today?” read the tweet, aimed at a consumer lending outfit called Social Finance. “Are you supporting them publicly?”

"The Mysterious Group That's Picking Breitbart Apart, One Tweet at a Time" is from the September 22, 2017 Style section of The Washington Post. It was written by Paul Farhi and narrated by Jenny Hoops.