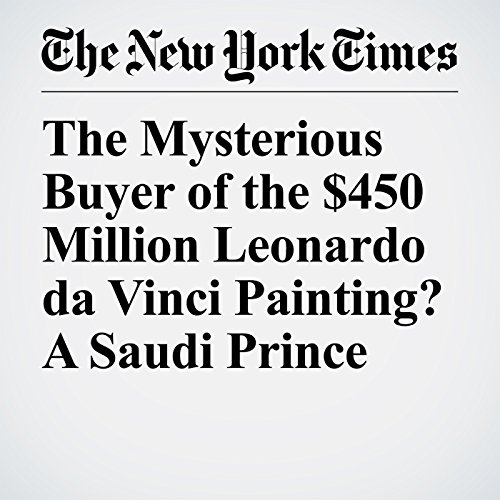 The Mysterious Buyer of the $450 Million Leonardo da Vinci Painting? A Saudi Prince

He is a little-known Saudi prince from a remote branch of the royal family, with no history as a major art collector and no publicly known source of great wealth. But the prince, Bader bin Abdullah bin Mohammed bin Farhan al-Saud, is the mystery buyer of Leonardo da Vinci’s painting “Salvator Mundi,” which fetched a record $450.3 million at auction last month, documents show.

"The Mysterious Buyer of the $450 Million Leonardo da Vinci Painting? A Saudi Prince" is from the December 07, 2017 World section of The New York Times. It was written by David D. Kirkpatrick and narrated by Keith Sellon-Wright.